This case study examines processes for capturing and exporting 3D data from small low-relief objects. We’re using our GIGAmacro Magnify2 system to capture the images and off the shelf software to process and convert the data into 3D objects. In this example, we’re using a penny as our subject since it is a recognizable subject in terms of size. The penny itself is 19mm in diameter and 1.5mm high. 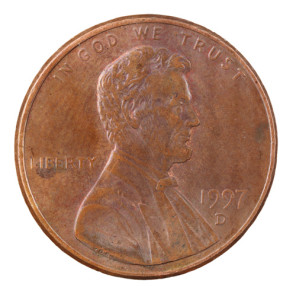 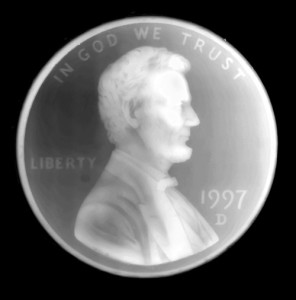 Using focus stacking plus image stitching can be a powerful method for generating 3D data from small objects. In general, this process would typically be thought of as 2.5D imaging since we are not capturing the entire object in 3D. However, the resulting data is used to create fully 3D objects and data and can be used in 3D printing, milling, and animation software.

The process is ideal for low-relief objects such as a penny, fossil, or historic document. This is especially true for objects that are too small or too reflective for traditional laser scanning techniques. Below are a few advantage and disadvantages to consider.

We first captured a matrix of images 13 columns, 23 rows, and 44 focal layers deep. Each focus layer is taken at 28 micron intervals. A total of 13,156 images were captured using our system. While this might seem like a lot, it is an automated process and easily completed by letting the GIGAmacro Magnify2 system run unattended or overnight.

The spatial resolution of the final image and data is:
2 microns (width and height)
28 microns (depth)

As part of our standard process, we then produce a 2.25 gigapixel (2,250 megapixel) image. The image is created by first stacking the focal layers and then stitching the results into a final seamless image.

Below is an explorable view of the penny and depthmap. Use the opacity slider (bottom, center) to change between the depth map and the visual versions of the penny. 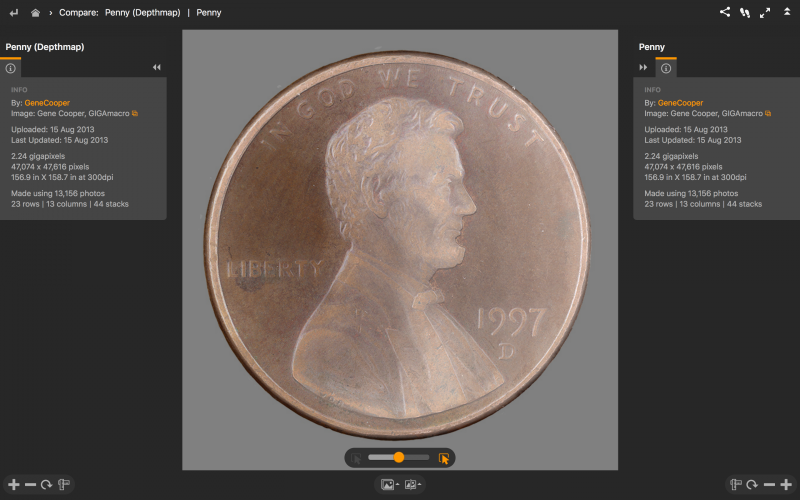 16-bit depthmaps (or heightmaps) are a byproduct of the focus stacking process. When each focus stack is processed the result is both a visual image (jpg or tiff) and a depthmap (tiff).

The width and height resolution of the depthmap is determined by how many images are stitched together. The z-depth or “depth” data is determined by how many focal layers are captured. In this case, 44 layers were captured at 28 micron intervals. If we capture more layers, then the z-depth resolution would be higher and more detailed in the z axis. It is reasonable to capture over 150 layers and in some cases over 250 layers, but in this example we used a relatively modest number of layers.

Creating a Depthmap from a Single Focus Stack

Output from Helicon Focus. (above)

Working with the Depthmap Data

We can easily work with the visual image and use GIGAmacro Viewer to explore and share it. We can also explore and share the depthmap in the same way, but at this point it is still a greyscale image. To convert it to a true 3D format we need do the following:

The examples below were produced in Rhino using the Heightfield command. A downsized version of the depthmap was first produced in Photoshop (2048 x 2048 pixels) and then used in the Heightfield command using a parameter of 1024 points x 1024 control points. Higher resolution maps can be converted, but in this case we offer the example of what can be produced using a relatively low-resolution depthmap. The result was then rendered and saved. 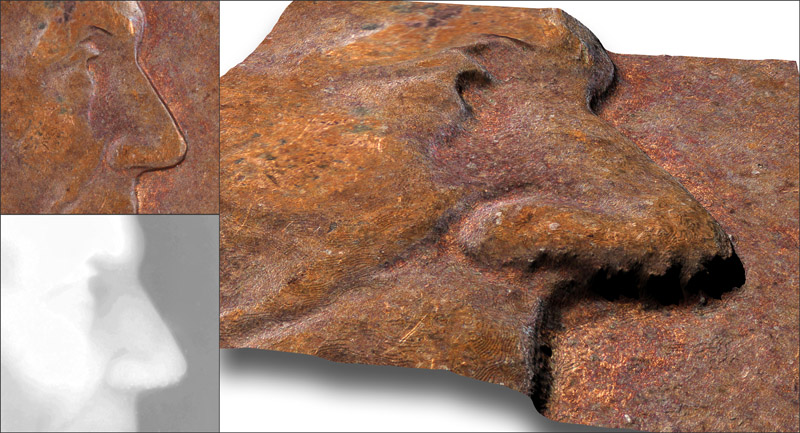 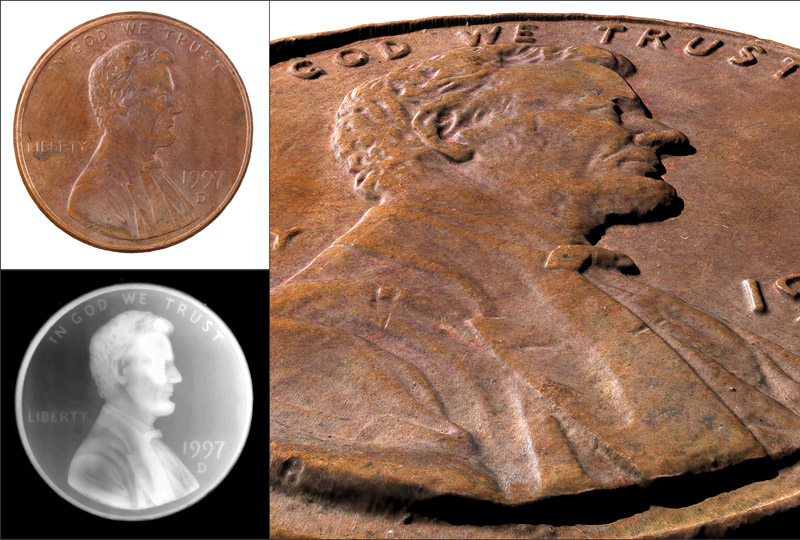 Scripts and Tools for Converting Depthmap / Heightmap to 3D Data